SpaceX Delivers a Badly Needed Win for the U.S.

SpaceX Delivers a Badly Needed Win for the U.S. 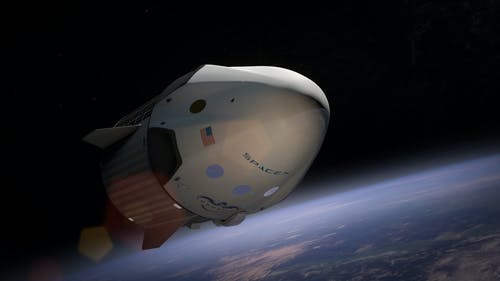 I was chatting with my 80-something next door neighbor over the weekend. Fred’s a conservative, no-nonsense ex-marine who lived through World War II and served in Korea. I don’t think we have the same political views, and he’s a lot better with tools than I am. But I’m okay in Fred’s book because we both sent our kids to public schools and because I’m the only other guy in our rapidly gentrifying neighborhood who still mows his own lawn.

Fred hasn’t seen the U.S. on a losing streak like we’ve had in 2020 since he was a kid during the Great Depression. We’re both hoping last weekend’s well-executed SpaceX launch will get us out of our collective funk.

Lost amid the 24/7 coverage of urban riots and pandemic resurfacing was a monumental leap forward in human space travel on Saturday and Sunday. For the first time ever, a private company (SpaceX) launched astronauts into orbit, nearly a decade after the government retired the NASA space shuttle program in the aftermath of the Challenger tragedy.

On Saturday afternoon, two NASA-trained U.S. astronauts lifted off from the same Florida launchpad that once served Apollo missions and the space shuttles. But the rocket and capsule they were piloting was built and operated by SpaceX (not NASA). After bad weather scrapped the launch midweek, liftoff and orbiting followed the plan to perfection. Then on Sunday, the Falcon 9 rocket successfully rendezvoused with the International Space Station (ISS).

As The New York Times reported: “It was a moment of triumph and perhaps nostalgia for the country, a welcome reminder of America’s global pre-eminence in science, technological innovation and private enterprise at a time its prospects and ambitions have been clouded by the coronavirus pandemic, economic uncertainty and political strife.”

My son is a college student majoring in Mechanical Engineering and Aerospace. He’s also a hard-core basketball fan, but I hadn’t seen him this excited since his school was blowing through the March Madness brackets over a year ago. He and his classmates were glued to their various screens and monitors all weekend whooping and hollering after each successful phase of the Falcon 9 mission. It’s another kind of passion the young generation has. But since they didn’t take their exuberance to the streets, the SpaceX/NASA mission—and young people’s excitement over it– went widely unreported by the news media.

Saturday’s mission was the first launch of NASA astronauts from the United States since we retired our space shuttles in 2011. Over the past decade, NASA has paid Russia’s space program an estimated $90 million per seat to transport our astronauts to the ISS. Acknowledging its own limitations, NASA has encouraged SpaceX and other private companies to take the lead in commercializing space flight and furthering scientific exploration.

While our space program has always been pretty good at launching huge things into the sky, it was not until 2015 that SpaceX figured out how to reuse the massive launch boosters rather than dumping them into the ocean–expensive and toxic trash never to be seen again. Watching the boosters coast to a pillowy soft landing on top of the waiting drone ship—completely intact–was arguably more impressive than the launch itself. This aspect of the public-private partnership is great for the U.S. space program, great for the environment and great for taxpayers. The massive cost savings can be passed on to future space travel customers.

More impressive than the technology and the public private partnership was SpaceX founder Elon Musk’s relentless pursuit his Falcon rocket vision. He has suffered numerous a very public embarrassing string of failures (YouTube) that would have been career enders for most government or corporate bureaucrats. But, he never stopped fighting and never made excuses.

Fred told me over the din of his weedwhacker the other day: “Two things I never thought I’d see in my lifetime: Figuring out how to re-use a rocket and a Jewish guy mowing his own lawn.”

Whether it’s race relations, politics, public health, space travel or lawn care, the more you can see the other side’s point of view, the faster we can get over our differences and become a productive society again. NASA figured it out. Why can’t the rest of our so-called leaders?