The Upside of Taking a Break

The Upside of Taking a Break 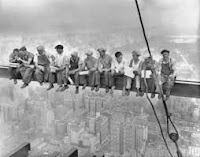 About three weeks ago, we discussed the benefits of the 90-minute lunch break and the 5-4-1 principle of “interval training” for office workers. A number of you agreed with us that it’s better to do short bursts of hard concentrated effort than to grind it out hour after hour, day after day. With all due respect to our CPA and attorney friends, the hourly billing model is going away and you’re increasingly paid for results—not for how long it took you to get those results.

Sorry to hit you with that just as you’re recovering from busy season.
Our client Kyle Walters, founder of Dallas-based Atlas Tax Advisors, LLC told me last week that the CPA profession—long based on billable hours–is governed by an “effort-based” business model rather than on a “results-based business” model. “It’s a system that tells workers it doesn’t matter how well you are doing; it only matters how much time you spend doing it,” said Walters. “Why would CPA firms promote and encourage ingenuity when they can create systems and processes that cuts the amount of time it takes to get the client the kind of results they’re paying for?  Isn’t that kind of efficiency only going to reduce fees?” asked Walters.

Attorneys, are you listening?

Walters, who is writing a series of articles about disruption in the accounting profession, was interviewed on NBC News last week about the Trump tax plan.

Just last week, The New York Times dusted off an op-ed piece by Jason Fried called Be More Productive. Take Time Off. Fried, who is the co-founder and C.E.O. of the collaborative work software company 37signals (now Basecamp), is a huge advocate of working smarter not longer.

For example, from May through October, Basecamp switches to a four-day workweek. And not 40 hours crammed into four days, but 32 hours comfortably fit into four days. “We don’t work the same amount of time, we work less,” Fried wrote.

At Basecamp, most staff workers take Fridays off, but some choose a different day. Nearly all of us enjoy three-day weekends. Work ends Thursday, the weekend starts Friday, and work starts back up on Monday. According to Fried, “the benefits of a six-month schedule with three-day weekends are obvious. But there’s one surprising effect of the changed schedule: better work gets done in four days than in five.”

A Harris Interactive study found that 57 percent of salaried workers in the U.S. don’t take all of their allotted time off. Yet, research shows that if you consistently work more than 40 hours a week and don’t take vacation, you become ill, your family is negatively impacted and your productivity goes down.

“When there’s less time to work, you waste less time,” wrote Fried. “When you have a compressed workweek, you tend to focus on what’s important. Constraining time encourages quality time.” As legendary comedienne, Lucille Ball famously quipped, “If you want something done, ask a busy person to do it.”

Companies like Netflix and Evernote let employees—not the HR department—decide how much vacation time they will take as long as they get their work done. Guess what? In companies with voluntary, rather than mandatory PTO policies, employees tend to take less time off rather than more. Go figure.

We’re flipping the calendar over to a new page. Let’s have a good productive month and start planning your next vacation before the dog days of summer bite you on the you-know-what.