HomeHB Blog: Online Marketing B2BeatUncategorizedWisdom of the Crowd? Not on Super Bowl Sunday

Wisdom of the Crowd? Not on Super Bowl Sunday

Wisdom of the Crowd? Not on Super Bowl Sunday 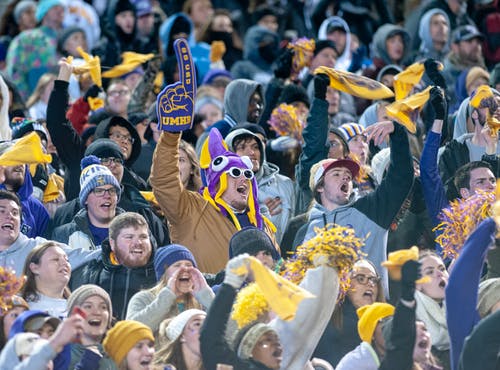 Whether you’re a hardcore football fun or just a casual observer, chances are you’re going to get sucked into watching the Super Bowl—the world’s most watched sporting event. Even if you don’t know a screen pass from a screen door, you’ll be tempted to make a friendly wager or two with a co-worker, a friend or someone at a neighbor’s Super Bowl party.

Nearly $7 billion will be wagered on Sunday’s big game according to CNBC. That’s roughly a dollar for every man, woman and child on the planet. And it’s not just cigar-chomping high rollers reaching into their wallets. Roughly 26 million regular people are expected to bet on the Super Bowl, according to the American Gaming Association. Of those 26 million bettors, only 4 million will be wagering in person at a sportsbook. Only 5 million will are expected to bet through an online or mobile platform. The rest of us — roughly 16 million — will bet illegally via a bookie, an office pool, or a “buy a square” board at our favorite pub or deli.

I’m not going to debate the ethics of gambling or whether or not you should report your winnings to the IRS if you haul in more than $600. Just don’t use real money—money you can’t afford to lose—if you lay the points, buy a square, ride the dog, parlay a prop or squeeze the under or make some other kind of wager on the game. Eventually you will lose, just like you do in the stock market. No one has ever gone undefeated in the market or in sports betting. And just like investing, the pain of a loss in sports betting is felt significantly more than the thrill of a gain. I didn’t make that up. It’s based on the theory of “loss aversion” that was pioneered by Nobel prize winner Daniel Kahneman and Amos Tversky.

Bottom line: You have about the same odds of being a consistently successful sports gambler as you do being a consistently successful market timer—close to zero. That’s because the market instantaneously prices in every material piece of information that’s out there and does it a lot faster than you, or any well-staffed Wall Street firm can possibly do. Our client Chas Boinske, President of Wayne, Pennsylvania-based Independence Advisors and author of the forthcoming book “Masterful Investing,” likens the market to “the world’s fastest super-computer” that continuously sets and updates prices. “When you try to play the market,” writes Boinske, “that’s exactly what you’re up against—one of the most powerful supercomputers in the world Good luck.”

Oh. And there’s another thing. Vegas oddsmakers aren’t in business to lose money. They have armies of people who spend all day long scouring injury reports, field conditions, scouting reports, trends, and even the police blotter the night before big games. Their job is to set an equilibrium price (aka the betting line) that has an equal number of people on both sides of the bet. And there will be a lot of dumb people throwing down their money on Super Bowl Sunday.

Now, I can’t speak to the entire $7 billion expected to be gambled on the Super Bowl. But of the $150 million or so that’s handled legally through the Vegas Sports Book, oddsmakers consistently make a return of about 7.3% for themselves. Does that 7.3% rate of return sound familiar? It should, because 7.3% is what the stock market historically returns to investors on an annualized basis.

In case you were wondering, the line (aka equilibrium price) for tomorrow’s big game is Kansas City favored by 1-1/2 points over San Francisco and the two teams are expected to combine for 54-1/2 points. That’s what -1.5 (54.5) means when you see it in the sports section. What that really means is that half of all the bettors out there think Kansas City will win by two or more points and half think San Francisco will either win the game “straight up” or else lose the game by less than two points.

So how do they come up with half a point?

Do they split a field goal in half? Nope. Half a point is the same thing as fractional shares in the stock market. It’s the equilibrium price that keeps getting adjusted all the time so that an equal number of bettors (aka investors) are on either side of the line. Same goes for that 54.5 number also known as the Over/Under. All that means is that half of all the betters out there think the two teams will combine to score 54 points or less and half think they’ll combine to score 55 points or more. Believe me. It doesn’t matter if the score is a tense 28-26 or a blowout 49-3. If you’ve got a lot of money on the “Under,” you’ll be sweating it out big-time if one of the teams starts lining up for a field goal in the final minute of the game.

Like the markets, Vegas doesn’t care who wins and who loses. The house just wants an equal amount of money on both side of the equilibrium price. In fact, professional sports books don’t do a very good job of accurately predicting the score of the game or the margin of victory. They just want a lot of transactions flowing in. Sound familiar?

If you’re new to sports betting, a point spread of 1-1/2 points like we have for Sunday’s game is pretty small. Sure, both teams are very good, Super Bowls are often lopsided affairs with an average margin of victory of about 10 to 11 points. In fact, only seven of the 53 previous Super Bowls (13%) have been decided by three points or less, and just one has had a one-point margin of victory. Further, there have been only two “pushes” in the 53-year history of the big game. A push is what happens when the favored team wins by exactly the point spread. In the 1997 Super Bowl, Green Bay was a 14-point favorite and indeed beat underdog New England by a score of 35-21. Three years later (January 2000), the old St. Louis Rams, a 7-point favorite, defeated underdog Tennessee by a score of 23-16. That’s been it for pushes.

Vegas hates pushes. They have to return everyone’s money whether they bet on the favorite or the underdog. Again, pushes don’t happen often. Sports books are set up to make money on both sides of the transaction just like market makers do. Like Wall Street analysts, oddsmakers can be consistently off target and still get paid. The average “miss” for the Super Bowl has been about 11 points when the favored team wins and it’s been about 10 points when the favored team loses.

Not great forecasting. But again, most of the time oddsmakers make money.

In case you were wonder, we found only four previous occasions in which the betting line was as close as it for Sunday’s Big game (1-1/2 points).

So much for predicted close games.

James Surowiecki’s 2004 best-seller, The Wisdom of Crowds, argues that large groups of people tend to be much better than individuals when at assessing situations and making good decisions whether we’re talking about pop culture, psychology, biology, behavioral economics, and other fields. The wisdom of the crowd even works in the famous jelly bean estimating game. As Boinske relates in his book:

You’ve probably played the jelly bean game at least once in your life. That’s when a large jar of jelly beans is placed in a public space and people try to guess exactly how many jelly beans are in the jar. Whoever guesses closest to the actual number wins a prize – often the jelly beans themselves. Whether at a school, a county fair or a church fundraiser, it’s amazing how often someone in the crowd of people will guess exactly the right answer.

One day at our firm, my assistant and I poured 1,670 beans into a large plastic jug and we set it up on our lobby. Almost everyone wanted to play the game and guesses varied wildly – from 409 to 5,365. The average of our guesses was 1,653—just a hair off the correct answer. Wow, that’s spooky!

Just remember this: When it comes to investing and sports betting, the game is rigged by the house. The house always has both sides of the bet covered. The more emotional you become, they more they suck you in and take your money. Enjoy Sunday’s game and make a friendly wager or two with spare cash you absolutely can’t afford to lose. We’ll have plenty of team to get emotional as global market volatility kicks in with a vengeance in the turbulent months ahead.