You Never Know. Lessons from a Zamboni Driver

You Never Know. Lessons from a Zamboni Driver 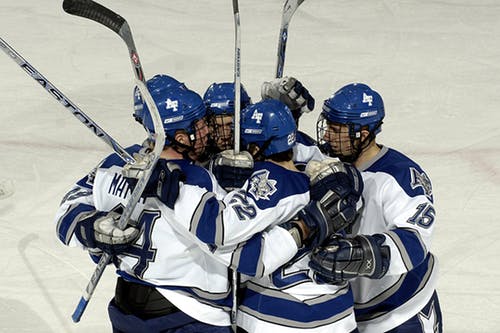 Hard to believe, but it was the 40th anniversary of the Miracle on Ice hockey game this weekend. That’s when a team of scrappy American college kids pulled off one of the greatest upsets in sports history. Against all odds, they defeated Russia’s undefeated elite professional team in the semifinals of the Lake Placid Olympics and spawned countless books, motivational speeches and a movie.

There was another hockey miracle this weekend, which I’ll get to in a minute. But first let’s look at what else transpired first in a topsy turvy week.

Speaking of Las Vegas, Bernie Sanders, until recently a fringe candidate in the overcrowded Democratic presidential field, obliterated the competition Saturday night at the Nevada Democratic Primary. Now most of the remaining five contenders are on thin ice.

*** To what extent will the elections impact the economy and financial markets. Take our 4th annual CPA/Wealth Advisor Confidence Survey™. See what your peers think

Back to hockey. How many of you know the name David Ayres? I didn’t either until this morning and I’m a hockey fan.

In last night’s National Hockey League game between the Carolina Hurricanes and host Toronto Maple Leafs, both Hurricanes goalies got injured on separate hits by the Leafs. Without any goalies left on the bench, the Hurricanes turned to a 42 year-old Zamboni driver named David Ayres, an emergency backup goaltender and kidney transplant survivor from Toronto who was sitting in the stands.

Without time to warm up, Ayres was asked to enter the game in the third period and preserve Carolina’s lead against the hometown team. After allowing the first two Toronto shots to slide through his pads, Ayres steadied himself and stopped the next eight shots, preserving Carolina’s 6-3 win. Ayres became the first emergency backup goaltender ever to win an NHL game was mobbed in the Carolina locker room by his temporary teammates.

Talk about being ready for anything!

Ayres, who had also battled two bouts of skin cancer, drives the Zamboni ice resurfacing machine for Toronto’s minor league team. He has filled in a few times in emergency situations in the minor leagues, but never before in the NHL. His job is simple: Be ready for anything on the off-chance your number is called.

After Carolina’s backup goalie Petr Mrzaek went down, Ayres told reporters: ” I got a bunch of text messages that said, ‘Get in there,’ and someone came into the room and like, ‘Hey, you’d better get dressed, hey, you’re going out there. I was a little shocked, but loving it.”

We live in a crazy, unpredictable world when anything can happen. Sure, things seem pretty good right now on the economic and financial market front, but this is exactly when you want clients to get regular medical checkups, “stress-test” their portfolios and see how they’d fare if a natural disaster hit.

*** Find out why half of the CPAs and wealth advisors we surveyed think a recession is possible within 12 months.

Battening down the hatches when you’re flush is the best way I know to be proactive, rather than reactive, during times of stress so you can keep your momentum going without praying for a miracle.